All Facts About Roulette Wheel

History tells us the first roulette wheel was invented – through pure luck. Blaise Pascal was working on what he thought would become a perpetual motion machine and the roulette wheel we know today owes its origins to the work of such innovators. 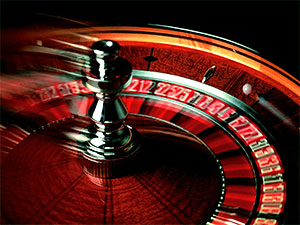 The English E-O game and the Italian Hoca game both used a rotating wheel and modern classic and online roulette are thought to derive from these two games. Odds and Even bets are considered to come from the E-O game and both E-O and Hocagames used a wheel with some special markings to denote player’s bets. The modern roulette wheel we see today in casinos has little changed from these two games that come from history.

The game of roulette has an interesting history. For example the American version has an extra slot that was originally that of an Eagle, an icon of American history and culture. Eventually, the tradition was phased out and the 00 slot became standard in American casinos. Let’s look at the construction and components that make up the modern roulette wheel.

Construction of a Roulette Wheel

A roulette wheel must be specially constructed, designed to easily rotate over numerous cycles. It has 36 distinct slots, which alternate between even/odd, black/red and small/big. Extra slots of 0 and 00 are also on the wheel – 00 only in American roulette.

The wheel consists of two standard components which act in unison: a wheelhead, and a static bowl. The wheelhead sits in the bowl, fitting with the lower and upper ball tracks. The bowl itself is made from plastic elements and solid wood, and its component parts include a ball track and a track apron with deflectors. Finally, a spindle supports the spinning wheelhead.

The roulette ball lands in specially designed slots, which are numbered and colored for identification. The direction of the ball is randomly chosen by a conically shaped cone on the wheelhead. A turrent contains a height adjuster which is used for decoration mainly.

The main point of difference between American and European roulette styles is the number sequence, which does not affect the game itself or chances of winning.

Every roulette wheel is designed so that there is an equal chance of the ball landing on red and black, odd and even, and big and small numbers. The wheel is rotated by the dealer in one direction and an ivory ball is rolled in the opposite direction. The mechanical design is such that the dealer only needs to give the wheel a gentle push and the wheel will gain speed quickly, over multiple rotations. Eventually, as the wheel slows, the ball loses momentum and eventually lands on one of the slots in the roulette wheel.